23rd April 2009 (Thursday)
After the "Disney on Parade" at 1500h, we did rushed in for the "The Golden Mickeys" stage shows at the Storybook Theater @ Fantasyland. For your info, we were sitting down near the Storybook Theater, where the Parade's starting point. After the last items passed by us, we were rushing in with the others for the 1600h show. So we will get a better seats for the show.
This is the last part of the show, you have to watch it live yourself, don't want to be a spoiler here. =) 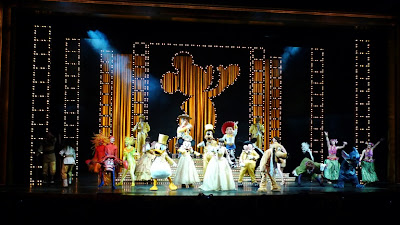 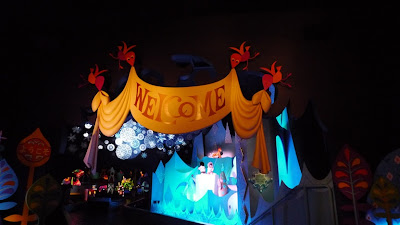 Then our final place, Tomorrowland where Buzz Lightyear is. Of course we have to take some photos with the Buzz Lightyear who is quite lonely at the booth cause there wasn't any queue at all. See him poor thing... and you know what? I was harassed or caressed by him... for don't know what reasons. He was playing with my neck when he was taking photos with me/us. Hmm... *wondering 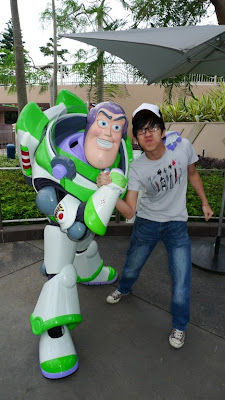 After all the fun rides at Tomorrowland, we went back to the Main Street, U.S.A to take a look at the photos we took with the characters. The photos are taken by the staffs and sent wireless to the shop for purchases. So you can view them with the papers they issued you during the shoots. It was kind of expensive and we didn't want to spend the money there. And we have our own camera photo too. So didn't bother to get any and we left the Town Square Photo.
And we went to have our little snack at the Ice Cream Cart. Costs us HKD18 for one big sausage. And went to the Hong Kong Disneyland Railroad for the last train ride around Disneyland. We also didn't know it was the last ride, until we reached there, lucky us! So we have a little break on the ride, and back to Main Street.
Went into the shops to do our little shopping. Bought keychains for my family and didn't manage to get any for friends cause it was way to expensive. (*sorry friends, next time when i go again, i will get for you all k?) It costs me about HKD240 (SGD50+) for all the stuffs i bought. It is just 4 key chains.
Going to be 2000h for the fireworks le... 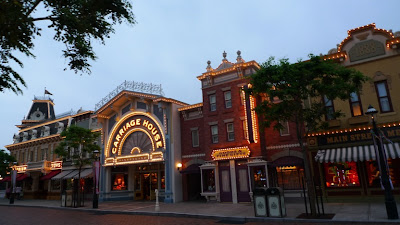 We went out of the shops and realize the City Hall Area, front the Castle was already filled with people sitting on the floor and we didn't manage to get any seats and we had to stand throughout the fireworks show. It just shows how kiasu the others are too. So next time when you are there, be sure that you plan your time well and book a seat around 1930h and chit chat with you friends. Hee... be a typical Singaporean then. =)
The show was nice, at least something i am looking forward to. 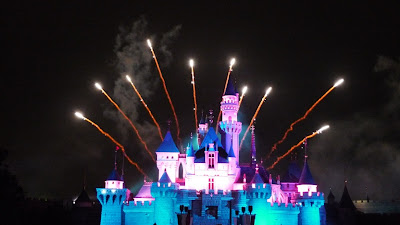 After the show, we visited places like the Crystal Arts, Art of Animation and had a drink. No point squeezing with those people who are rushing out just after the fireworks, it will be crowded. We just took our time to get out of Disneyland with more photos taking. 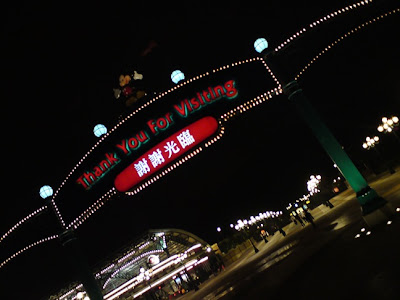 Things to note at Disneyland:
1. If you are a disney fan, have to go when they open in the morning.
2. Plan Disneyland on a weekday if possible. Cause queue for rides are not long. Seriously.
3. Have a full breakfast and bring something in to eat, but of course if you have money, you can always dine in Disneyland. =)
4. Ask me for more details, if you want to know.
So we left Disneyland to Yau Ma Tei, Disneyland Resort - Sunny Bay - Lai King - Yau Ma Tei, these are the transit point you have to take note. For Singaporeans, you wouldn't have a problem navigating around the systems.
Disneyland - Yau Ma Tei : HKD16.4
We this time we have to top up another HKD50 into our Octopus Card.
So here we are at Temple Street area. We settled down for the shop just a the beginning of the road. And had rice for dinner. Nice i will say, claypot rice ah. You have to add the Light Soya Sauce (*we eat Claypot rice in dark soya sauce) when they serve u and cover it up for a minute before you start to eat. 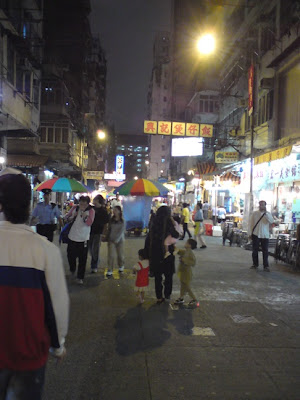 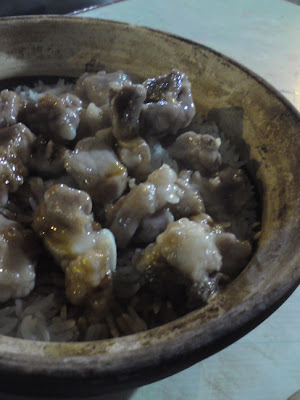 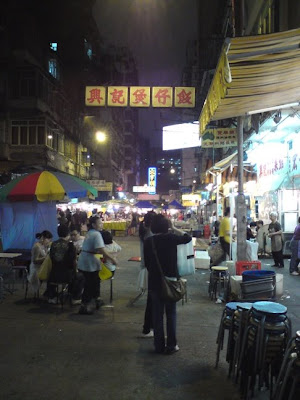 Then we headed down to walk down the Temple Street which it is so-called the Mens' Street cause of the stuffs sold there. And of course you can find those "S** store" along the street selling you what you need when you are alone. *Opps... too much details. Check it out yourself.
Had my daily drink, Xu Liu Shan at Temple Street as we walked down further. It is a long walk and you will hit Jordan MTR Station. Nothing much to buy over there and we weren't very keen about the stuffs they are selling. So didn't get anything, oh someone bought a pair of black frame specs at around HKD50? I guess so.
Then we took the MTR back to Mongkok MTR and went to the "Xi Yang Cai" street. Walked a bit and headed back to Hotel. Should be end of Day Two le. It was quite late when we got back to the Hotel. Tiring, had a hot shower and turn in to sleep. And Day Three will be Ocean Park and The Peak at night. =)
Thoughts for Day Two in Hong Kong:
Being a fan of Disney myself, first time stepping into Disneyland, it was a fun experience. And i guess it will be different to share it with your family members as well, will bring my family here the next time. =)
The package for Disneyland is very well done. They have everything packed nicely and of course out there to earn your money big time. So tighten you wallet for the day bah. =)
Breakfast @ HKD20, Disneyland entrance @ HKD350, Mickey Hands @ HKD95, Coin Press @ HKD10, Sausage @ HKD 18, Keychains @ HKD240, Drink @ HKD20, Dinner @ HKD 20, Drink(Xu Liu Shan) @ HKD15, Top-up Octopus Card @ HKD50, MTR Rides included in top up.
Total Damage for Day Two: HKD838 (est SGD165)
Total Media taken for the Day: 12 Videos and 590 Photos
Written by antbites at 1:49 AM