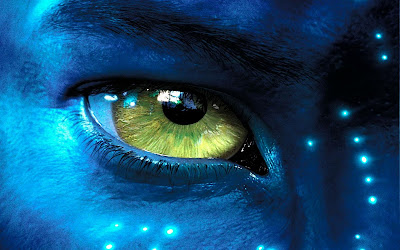 Its my turn to tell you that i had watched AVATAR, the movie with my friends last evening at Cineleisure. Everyone is updating status and blogging about it, so i am no different. After the thriller being show more than 6 months ago, i am already very drawn to the movie.
"Avatar had been in development since 1994 by Cameron, who wrote a 114 page scriptment for the film. Filming was supposed to take place after completion of Titanic, and the film would have been released in 1999, but according to Cameron, "technology needed to catch up" with his vision of the film. In early 2006, Cameron developed the script, the language, and the culture of Pandora. He has stated that if Avatar is successful, two sequels to the film are planned."
Cameron, himself took close to 10 years for the film to happen. But i guess over the years, the development of the script was tailor to the existing state of earth. Who knows that the earth resources will deplete so fast 10 years ago? Going green is the new black. Cameron brings fantasy world in another level, it is no longer just fantasy but incorporating reality to the show. It is possible for another universe to exist 4.4 light years from Earth but given human technology now, we cannot see them. In 50 years time, maybe we can, and i wouldn't be here to see?
The graphic is superb. The emotion of the Na'vi is so real. And the idea of luminous things on Pandora is just a great idea. Every human has their own fantasy, watching this is just having your fantasy comes true. How great. Thou the story is predictable but overall, it is still a good movie to catch by this year end. Cheers to those who had watched.
Written by antbites at 12:16 PM